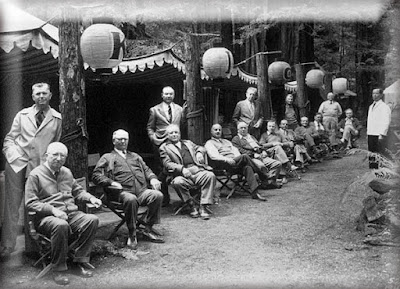 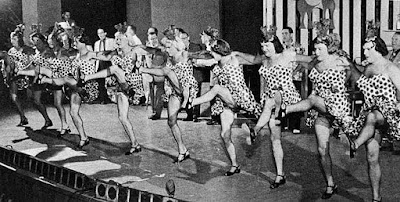 Every year in July a gathering takes place in a Redwoods campground north of San Fransisco known as Bohemian Grove. Some of the richest and most powerful men in the world, including the American political elite, media moguls and corporate power-brokers shed their daily routines and head into the forest for two weeks of heavy drinking and ritual theatre and music, including an opening-day occult extravaganza called the Cremation of Care ... Just a bunch of good 'ole boys having some fun, romping through the forest like some crazed troop of overaged boy scouts.